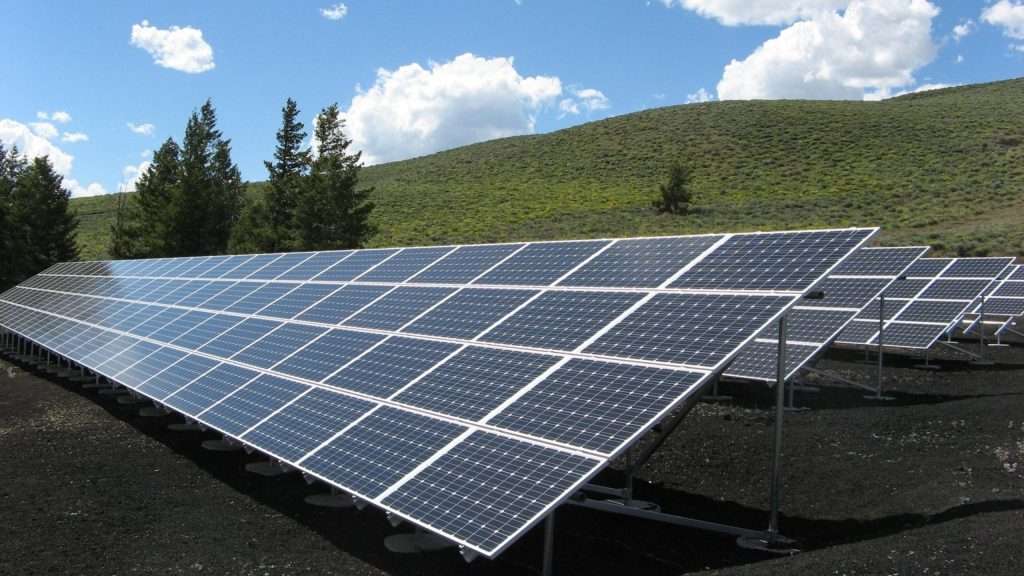 Fiction: Solar panels do not produce electricity from sunlight itself but rather from the photons found in natural daylight. Though panels can only harness energy during sunlight periods, the temperature does not play a role in determining how much electricity a panel produces. Read more cold weather solar power myths here.

Myth 2: Solar power systems are too expensive for installation.

Fiction: Most solar power systems are connected to a grid using a net metering system. This determines how much energy a house is producing and how much is being sent back to the grid. This grid acts as a battery system, as a home’s solar energy system can draw from the grid when needed.  The recent invention of solar batteries allows for a solar power system to store extra energy within the solar energy system rather than send it back to the grid. Read more about solar batteries.

Fiction: Many solar power systems actually help protect and preserve roofs. They help slow down the deterioration process and leaking. Also, most solar panels can be easily taken off for temporary cleaning or minor repairs.

Fiction: As one of the largest energy sources in the universe, the sun produces enough energy every hour and a half to meet the whole globe’s energy needs for one year. Scientists are only beginning to understand how to take advantage of this information. Though a new development, photovoltaic technology/solar power systems are growing at an increasing rate globally. Read more about the possibilities of large-scale solar energy.

Myth 7: Homes with Solar power systems do not get power at night.

Fiction: Though energy can only be produced by sunlight, most solar panels produce surplus energy during the day that can be used at night. This surplus goes back to the grid where homes can draw from at night or when necessary. Read more about this here.

Fiction: On average, it will take most solar panels about four years to produce the amount of energy it took to produce the solar panel. So, any energy production after four years is helping the environment. Also, a solar power system reduces a large amount of carbon dioxide more efficiently than traditional energy methods. Read more about the environmental effects of a solar power system here.

Myth 10: Solar power systems do not look good on houses.

Myth 11: Solar panels work even when the power goes out.

Fiction: When the house loses power, so does the solar panel. Some solar energy systems can operate on a backup battery or generator, but this is only possible when the house owner supplies this; it does not include a solar power system. Read more about this here.

Myth 12: It’s better to wait until prices drop to invest in a solar power system.

Fiction: The price of installing solar panels in a house has decreased significantly in the past fifty years. However, it is not expected to drop much lower. If anything, due to the rising demand for solar power systems, the price could potentially rise.

Myth 13: Solar power systems prices are fixed and do not depend on the house’s size.

Myth 14: A depleted solar power system is not recyclable, harming the environment.

Fiction: A solar panel can operate for up to thirty years, then can be recycled once it is no longer usable. Most solar power system manufacturers will recycle the system with little to no additional cost.

Myth 15: Clean coal is just as efficient and only slightly more harmful to the environment than solar power.

Fiction: Solar power is significantly cleaner than clean coal because no version of coal is genuinely clean. The more coal is burnt, the more damage is done to the environment because of the increases in carbon pollution. Read more about clean coal vs. solar power myths.

Fiction: Rather than raising property taxes, most solar energy systems raise the property’s value. Therefore, making it worth more with the solar energy system. However, some states have forms of protection in place. This prevents solar power systems from being included in the home’s appraisal to calculate property taxes. Read more about this here.

Fiction: The most noise that a solar panel will emit is a subtle humming sound. This is due to the inverter turning DC electrical currents into AC currents. However, this is very quiet and can only be heard when standing less than two feet from the solar panel.

Fiction: Solar power systems can function anywhere the sun shines. Some areas around the world might be slightly difficult to get a hold of a solar energy system, but many manufacturers are willing to ship their systems out. It just may require additional expenses. Read more about the availability of solar power systems.

Myth 19: Solar panels require a tracking system to be best positioned to receive the sun’s rays.

Fiction: When solar panels are first installed, they are strategically positioned directly in the sun’s path. Some solar power systems are equipped to allow the system to adjust its angle throughout the day to receive more sunlight. Still, research shows that the cost of installing these additional features is not often worth it, as it doesn’t bring in enough extra energy to make up for the costs.

Myth 20: You need to own a house to install a solar power system.

Fiction: The US Department of Solar Energy created a community solar program. It allows for residents, business owners, and other individuals who live geographically close together to split the cost and share a Solar Power System. This helps those who do not own a house access solar power.