Our previous blog covered web developers. Today we’ll look at web designers more in-depth. The difference between a web developer and a web designer is that the designer draws out the graphics and layout. Front-end web developers will work very closely with designers. The designer decides how the website looks. Then, the front-end developer solidifies that design. Designers (digitally) draw out the navigation menu, graphics, media, and layout. Overall, designers create the blueprint, developers build based off the blueprint. 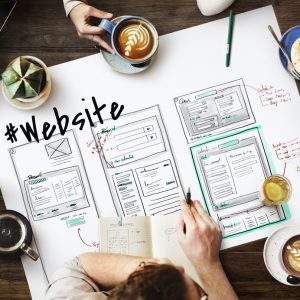 Why you need a web designer

It’s your business and it is ultimately up to you to decide how you want your website to look like. But, if you’re unsure about your web design, no worries! A web designer takes your vision and turns it into reality. And, they often improve the look. They can fill in holes and aspects that are often overlooked (such as load screen). Experienced designers could guide you on what your audience will expect from your website. In simplest terms, they set the overall appearance. A good designer should be able to express your goal through your website’s appearance.

Traits of a good designer

Like with web developers, designers have to go through formal education. Preferably, an associate’s degree. In order to complete the task, they will use Adobe Photoshop, GIMP, and Illustrator to construct wire frames and prototypes. In this process, they connect the visual design to the function design. However, creativity is critical as well. A good web designer will make your website stand out against competitors. Whether it’s through eye-catching digital art/media, or even a good color scheme, designers design uniquely for you. To learn more details, check out this link.